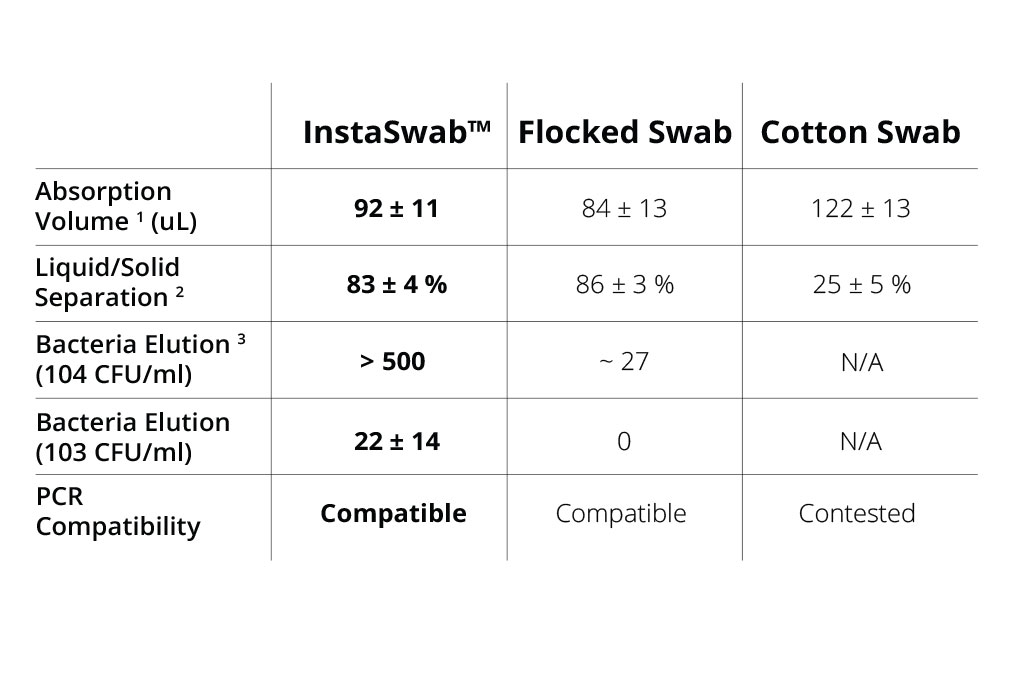 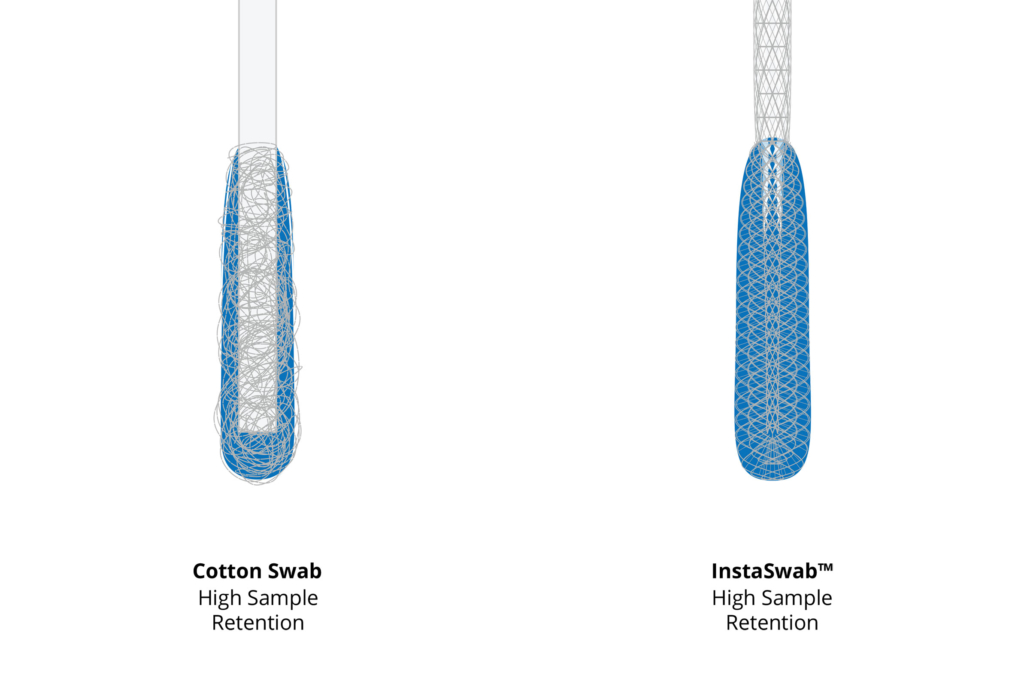 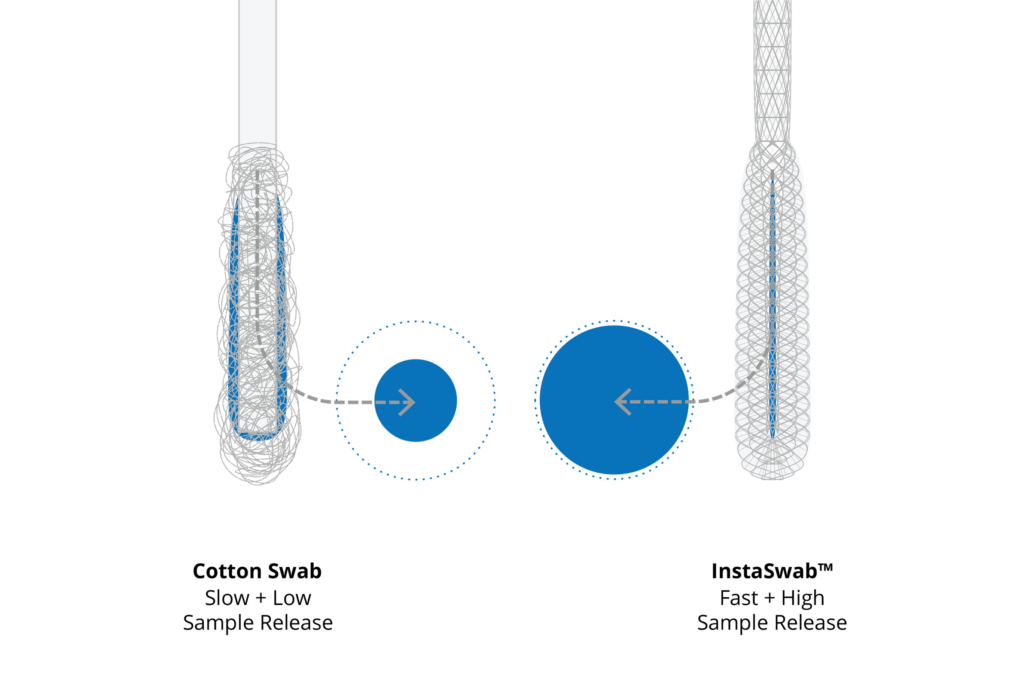 For example, when collecting a mixture of liquids and solids, InstaSwab™ quickly released captured specimens ,while conventional swabs, with the dense fiber structures, trapped specimens with limited release. These properties were quantified with a microbial model: the swabs were used to collect from a series of dilutions of a bacteria standard dispersion and transfer the samples into an elution buffer. After each transfer, the colony forming bacteria were counted. It was found that InstaSwab™ consistently outperformed other types of swabs in this task. When the pathogen concentrations were low, for instance, at a hundred bacteria per milliliter of water, InstaSwab™ not only provided an abundance of collection, but also were able to reliably elute the specimens into the buffer for useful analysis.

InstaSwab’s™ high elution efficiency is essential to increase the sensitivity of diagnostics, reducing the false negative rates, by providing higher concentration of samples in a much shorter period of time. This feature is also indispensable for the point-of-care diagnostics with rapid tests. You can request a copy of the lab results here.

1. Based on NIH protocol NS_Adsorption_Protocol_1.1 “Absorption Test Protocol for Nasal Swabs”.
2. Liquid/solid separation ratio is defined as the weight loss after gently rolling the sample-loading swabs.
3. Based on M40-A2 and NIH protocol NS_Elution_Protocol_1.1 “Elution Test Protocol for Nasal Swabs” against an absorbent surface for ten seconds.